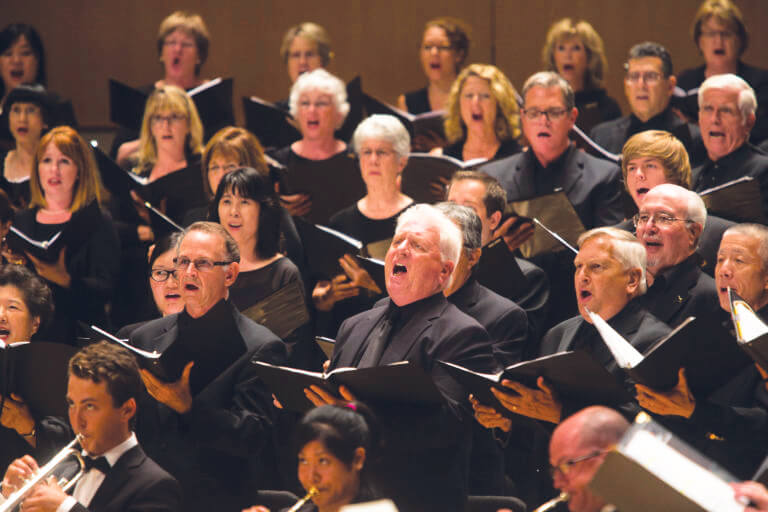 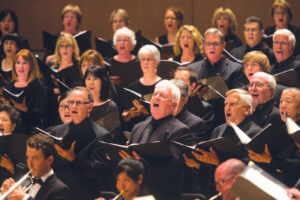 Pacific Chorale, resident chorus at Segerstrom Center for the Arts, today announced upcoming auditions for prospective volunteer singers. Auditions will be held February 4 and 22, 2020 by prior appointment only. Prospective singers are requested to visit Pacific Chorale’s web site at pacificchorale.org/auditions to learn about the audition process, then to submit their information via the online form provided to schedule an audition time. Rehearsals for the fall begin in September, although singers are also encouraged to participate in Pacific Chorale’s Choral Festival in August. The 140-voice ensemble will present its own concert season at the Renée and Henry Segerstrom Concert Hall conducted by Artistic Director Robert Istad, as well as appearing as the guest chorus in several performances presented by Pacific Symphony.
Alto, tenor and bass applicants are encouraged to submit their interest form by Thursday, January 30, 2020. Pacific Chorale will not be auditioning sopranos for the current audition cycle. Applications are being accepted for both volunteer and paid positions. Members of the Chorale hail from a broad range of backgrounds and career fields but share a love for and extensive experience performing choral music. They enjoy a wide variety of challenging and stimulating repertoire and performance opportunities, including world and West Coast premieres and guest appearances with prominent ensembles and artists.
ABOUT PACIFIC CHORALE
Pacific Chorale has delighted national and international audiences with concerts of great choral music performed at the highest musical standards since 1968. Under the artistic leadership of Robert Istad, the organization produces a series of concerts each year at the Segerstrom Center for the Arts, where it serves as the sole resident choir. The mission of Pacific Chorale is to inspire our community through artistry and innovation in choral music performances and education programs.
Pacific Chorale is recognized for exceptional artistic expression, preserving and performing classical choral music as well as stimulating American-focused programming. Pacific Chorale presents a substantial performance season of its own and is sought regularly to perform with the nation’s leading symphonies. Pacific Chorale has infused an Old World art form with California’s hallmark innovation and cultural independence, developing innovative new concepts in programming, and expanding the traditional concepts of choral repertoire and performance. The organization boasts over 30 world premieres and has released 14 self-produced recordings.
In addition to its long-standing partnership with Pacific Symphony, with whom Pacific Chorale made its Carnegie Hall debut in April 2018, the Chorale has performed with such renowned American ensembles as the Los Angeles Philharmonic, the Boston Symphony, the National Symphony, San Diego Symphony, Los Angeles Chamber Orchestra, Philharmonia Baroque Orchestra, and Musica Angelica.
Pacific Chorale has also toured extensively to more than 19 countries in Europe, South America and Asia, and has collaborated with the London Symphony, the Munich Symphony, L’Orchestre Lamoureux and L’Orchestre de St-Louis-en-l’Île of Paris, the National Orchestra of Belgium, the China National Symphony, the Hong Kong Sinfonietta, the Estonian National Symphony, and the Orquesta Sinfonica Nacional of Argentina.
Pacific Chorale also places a significant emphasis on choral music education, offering grades 1-6 after-school programs, a high school student summer camp, and a community-wide singing event at Segerstrom Center for the Arts.

Click here or the image to open the FBN form.

For more information regarding all legal notices and instructions, please visit our Legal Notice Help Page.